I never would’ve thought the day I got told by Thamesmead Town that I wasn’t wanted, I’d hit 100 goals for Dartford, says winger Ryan Hayes

DARTFORD winger Ryan Hayes says it was a great feeling to score his 100th goal for the club.

The 31-year-old, who lives in Orpington and is a meat salesman at Smithfield market in London, joined captain fantastic Elliot Bradbrook in the 100 club at Princes Park, having signed for the club from now defunct club Slade Green in 2005 and is Dartford’s longest current serving player. 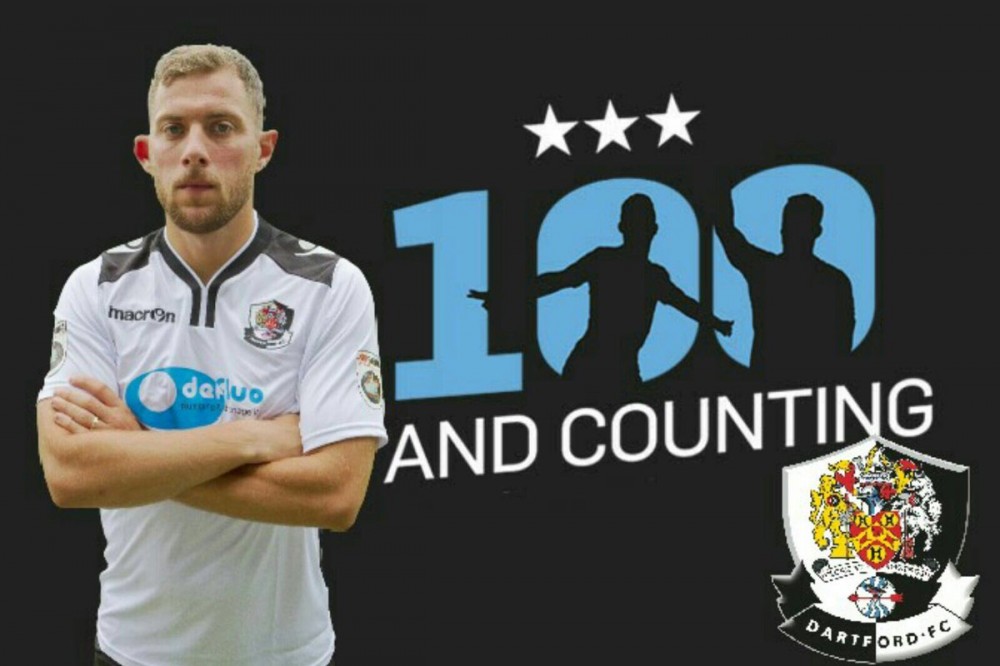 Hayes scored the opening goal of the game in a 1-1 draw at Concord Rangers yesterday, a result that keeps Tony Burman’s side in third-place in the Vanarama National League South.

“I was over the moon to get my 100th goal for Dartford,” said Hayes.

“I wanted to get it at home but to get it was a great feeling.

“It’s an honour to join Elliot in the 100 club. He’s a special player for Dartford and to be a part of the core is still a special thing for all of us.”

Reflecting on their draw in Essex, Hayes said: “We were gutted after the game, two points definitely dropped but we can’t sit and moan about it.  We have big games coming up and there the main thing now.

“The aim at the start of the season was to get in the play-offs and that hasn’t changed for anyone.”

Hayes paid tribute to Dartford’s long-serving boss Tony Burman for keeping him on his toes during the good times and the bad times at the club.

“Yeah, the gaffer has obviously been a huge factor in my career.  I won’t lie, he does not stop on at me but he’s been a huge part of why I’ve been at Dartford for so long,” said Hayes.

“I just want to be at Dartford for at least one more season. We still have a few targets to hit and once we’ve hit them we can think about life after Dartford but for now I just want to play for Dartford and try to get us where we belong and want to be.”

Since Steven Watt took charge, Margate have lost two, drawn one and yesterday’s victory has lifted the gloom at Hartsdown Park, but although the club have 20 points on the board, they are still 11 points adrift of safety (taking goal-difference into account) with nine games left.

“We’ve got two massive games coming up at home. We will be looking to take six points from them,” said Hayes.

“It’s been a great journey to get those 100 goals. I never would’ve thought the day I got told by Thamesmead Town that I wasn’t wanted, I’d hit 100 goals for Dartford. Let the DFC Express rollercoaster continue to ride.”