It’s a tough FA Cup draw and I would have thought that Sheppey United will be feeling the same, says AFC Croydon Athletic boss Kevin Rayner

The Rams travel to play Ernie Batten’s side in the Extra Preliminary Round and Rayner said: “It’s a tough FA Cup draw and I would have thought that Sheppey United will be feeling the same.

“You hope for a home draw against lower opposition with a chance to progress.  However, it is a tough draw but what a fantastic game to have! There will be a great crowd there and it will be a good game on a good surface and at a venue we played very well at last year.

“Sheppey appear to have recruited a number of players from the Bostik League and are fancied to do well this year.

“We have retained the majority of last year’s squad with a few additions and it looks all set for a great game.”

One player that Rayner has lost was 47-goal striker Warren Mfula, who has signed a contract at Vanarama National League South side Dartford.

“We have had a typical pre-season, everyone at the club has worked hard preparing for the season ahead and I’m not one who worries too much about pre-season results,” added Rayner, whose side beat Bromley 3-0 on Monday night to win the Johnny Johnson Memorial Cup, to honour the Rams late president. 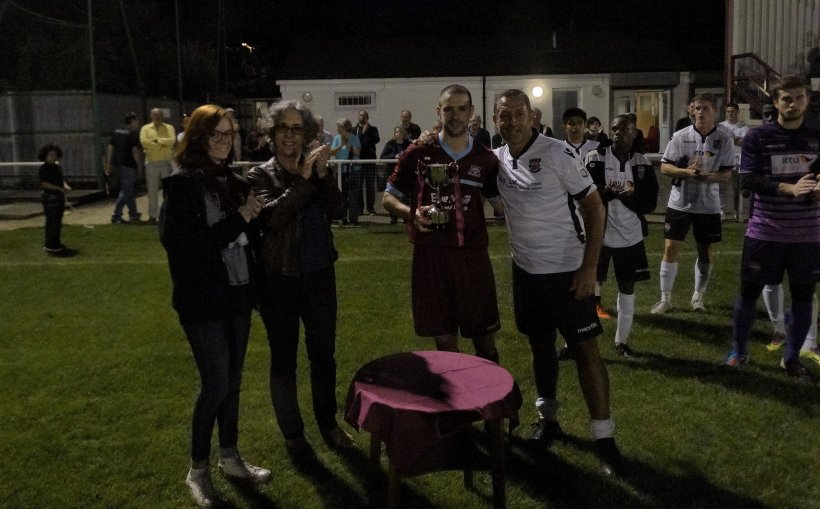 “Win, lose or draw, they have no relevance and it’s all about getting players ready for the first week in August,” added Rayner.

“We have pretty much known our starting for a good few weeks for the Sheppey game and the majority of those have played and won in the League fixture there last year.

“We have added some good players to our squad.  Francis Ameyaw has joined us from Croydon and is well known in this league as one of the best goalkeepers.

“Jordan Phillips, a defender, has joined from Guildford City.  Baz Agoro, Leigh Wise, Ehis Izokun, Victor Lazari and Eddie Teberen have all joined and as we have retained nearly all of last year’s squad, we haven’t had to change much.

“Warren Mfula, our top scorer from last season has moved onto Dartford on contract and goes with everyone’s best wishes for the season ahead.

“We are looking forward to the Sheppey game and the financial incentive is always important to club’s at this level if you can progress.”

Rayner said: “Our League campaign starts at Rochester the following week and we will be looking to being the season on the front foot and be as competitive as possible.

“The League this year will be tough as always.  We want to be competing at the right end of the table and improve on last season.

“I would expect Crowborough, Sevenoaks, Whitstable, Sheppey and Chatham all to be vying for the top spots this season.”