CROYDON manager Liam Giles has appointed a new member of his management team.

The Trams suffered a miserable campaign last time out as they finished rock bottom of the Southern Counties East Football League Premier Division table, having collected three wins and two draws from their 38 league outings. 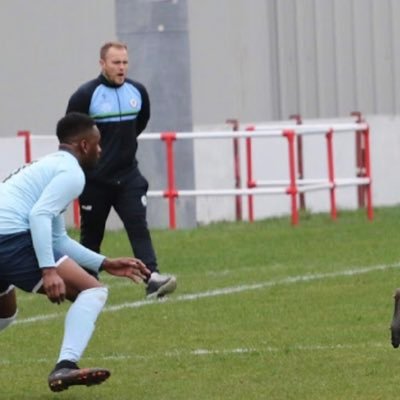 Croydon manager Liam Giles could not prevent the club suffering relegation along with Rusthall during his 12 games in charge at the Croydon Sports Arena based outfit.

Giles took charge of the clubs last 12 league games of the season and suffered nine defeats during that period, collecting two draws and a 1-0 home win over Crowborough Athletic.

Croydon will be playing in the tenth-tier of English football next season and Giles has set up three open trial dates in June as he re-builds his squad.

John Gladwin stays on as a member of Croydon’s management team, as joint-assistant manager with Davies.

Giles said: “I’m very happy with this addition to my management team.  Pleased to have Gary on board.  He has a wealth of experience.”