CROYDON central midfielder Emmanuel Maja, 17, is to go on trial at Premier League champions-elect Manchester City following an impressive debut season in the under 18s.

The Trams are sitting in sixth-place in the Southern Counties East Football League Premier Division with 49 points from 31 games and welcome third-placed Whitstable Town to Croydon Sports Arena on Wednesday. 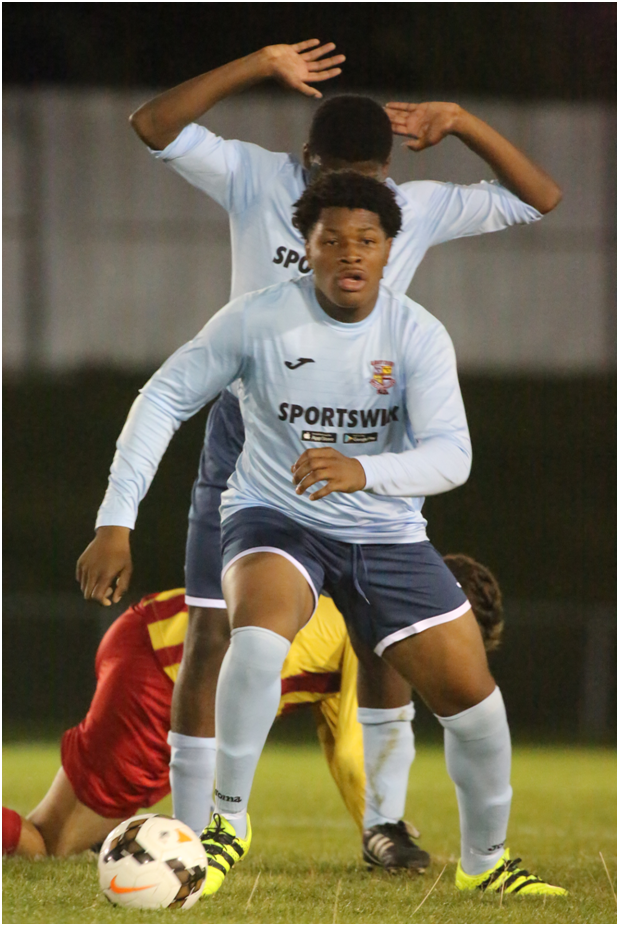 DREAM MOVE:  Emmanuel Maja, 17,
has been given a chance to secure
a dream move to Premier League
side Manchester City from Croydon,
who play in the ninth-tier of English
football.

Harry Hudson’s side went down to a 3-2 home defeat to Tunbridge Wells today.

“Emmanuel is one of the most technically gifted individuals we have had and is very driven to achieve his dream,” Hudson told www.kinetic-foundation.org.uk.

“We have given him the chance to prove himself in men’s football and he has excelled.  The composure to score from the spot against Erith Town at the weekend was top drawer and we wish him the best of luck at City.”

If Maja is successful with his trial, he would be the fourth young person to sign at a professional club from the club’s successful youth section, which is run by Kinetic Academy.