The season may have ended but the journey begins here to turn aspiration into reality, says Crowborough Athletic chairman Clive Maynard

Sean Muggeridge guided the club to a thirteenth-placed finish in the Southern Counties East Football League Premier Division table, having collected 48 points from their 38 league outings. 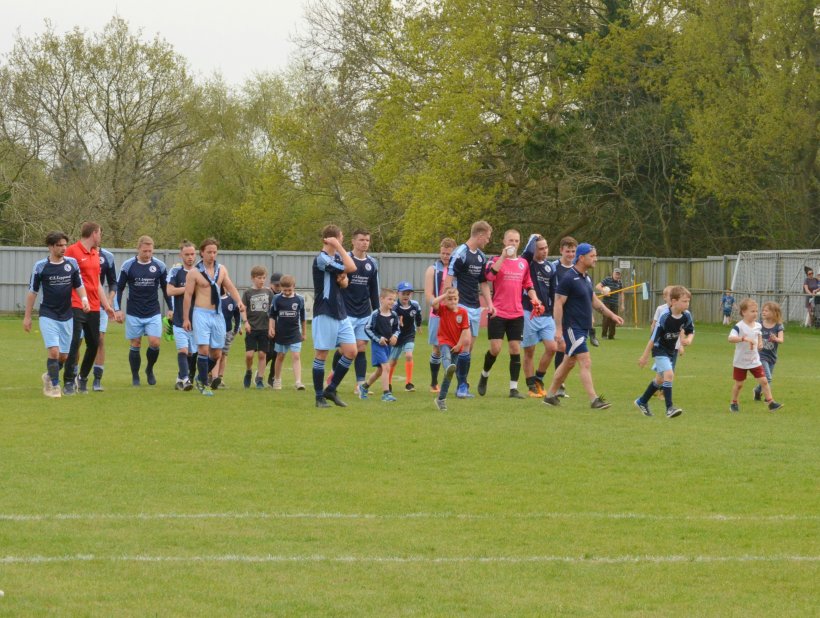 Muggeridge had a very high budget in their first two seasons in the league but the budget decreased so much that he had to blood a much younger playing squad during the season.

“Well, the season is complete, many at the beginning wondered whether we would complete the season, some were betting on how few points the Crows would amass but Sean Muggeridge and the management team achieved the seasons target with games to spare,” Mr Maynard told www.crowboroughathletic.com.

“The Crows, however, is a club with many teams ranging from the under six’s through to the first team.

“Football clubs are not all about targets or success, it’s about developing players, helping individuals to achieve to their optimum level and we have a whole host of coaches working with players across all age groups, helping them to be the very best that they can.

“The first team should be the aim for all players at the Crows but if that isn’t within their grasp, then we must ensure that football is still available to all.

“So as one chapter closes another opens and now we plan and prepare for next season and beyond.

“We have to work hard to ensure that the facilities that we have are the best that they can be.

“The Alderbrook Recreation Ground and MOD sites both need work drainage wise to ensure that we can play our matches on pitches that do not mirror facilities from a by gone area.

“The long-term aspiration of the club continues to be to provide such a facility but this objective must not deflect from the other goals that the club wishes to achieve.

“The gap between junior/youth and first team football can be huge for some, not just because of skill but physically. Some nineteen-year-old players are not strong enough to make the leap from junior/youth to our current first team level of Step Five within the FA’s National League pyramid.

“The introduction of an under 21/reserve team will help us to bridge this gap.

“To achieve our ambitions on the pitch we must have a clear plan off it to ensure that our ambitions are turned to reality. To my mind this is achieved by people, people engaged with the plan for the club.  People that are flexible in their thinking, people who know that all roads lead to Rome.

“The season may have ended but the journey begins here to turn aspiration into reality.  Our club motto is “Together We Achieve.”