Crowborough Athletic boss Sean Muggeridge: We’re looking to finish higher but I think this league has got better and better and I think it’s going to be the strongest it’s ever been

CROWBOROUGH ATHLETIC manager Sean Muggeridge says he is looking to gain a financial shot in the arm from a good run in The FA Cup this season.

The Crows have made some big-named summer signings and welcome Farnham Town in the Extra Preliminary Round tomorrow, looking to improve on their poor run of recent form in the competition. 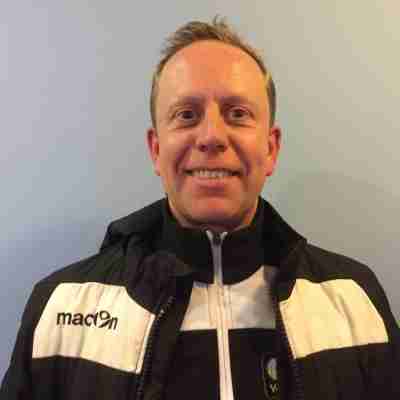 BAD FORM: Crowborough Athletic have not got past the FA Cup Extra Preliminary Round in their past three attempts.  Manager Sean Muggeridge's side host Farnham Town at the Community Stadium tomorrow

Pre-Season has been good, with only one defeat, 2-1 away to Vanarama National League South side Eastbourne Borough on Monday night, the first game played on the newly-laid artificial pitch at Priory Lane.

“Things have been really good,” Muggeridge (above) said of his side’s pre-season campaign.

“We’ve got quite a few new players’.  Our best performance really was when we lost against Eastbourne Borough where we should have got a win or a draw out of that. We won all the rest but I think we played teams that haven’t been quite ready.

Farnham Town arrive in Crowborough having one away win to their name in their FA Cup history – and that was their first game – a 4-2 win at McLaren Sports at this stage back in 1948.

The Surrey club put out a tweet regarding their away form in The FA Cup and Muggeridge said: “Yes, I don’t ready nothing into that! We haven’t been very great recently in The FA Cup, we haven’t won for a few years. I don’t read into that. It could be mind games, it could be anything. A game’s a game, what you’ve done before is irrelevant really, especially the first game of the season. They could have six or seven new players, it’s completely irrelevant, I think.”

Muggeridge joins a long list of SCEFL managers that are upset having a FA Cup tie on day one.

“I think it’s going to be very tough,” said the Crowborough manager.

When asked about the calibre of his summer signings, Muggeridge knows the bar has been raised in terms of improving on last season’s top seven finish.  Ashford United, Crowborough Athletic and Sheppey United are tipped to be challenging for the title this season.

Muggeridge said: “They are big names. They’re with me for a reason, for their own reasons. A lot of it is to do with travelling, one has a child. It’s quite good for them and good for us. They are quality players. Hopefully we can repay it out on the pitch.

“Last season we finished seventh. We had a young side. We didn’t have any money either. We’re looking to finish higher but I think this league has got better and better and I think it’s going to be the strongest (SCEFL/Kent League) it’s ever been.

“You’ve got Sheppey coming in. You’ve got Tunbridge Wells - they’ve got a bit of money as well. You’ve got Ashford, Corinthian and Cray Valley. All teams that are really, really pushing to do things.

“Although we’ve improved our squad this year, I think the league has got better. I’m hoping to be up the top there battling.”

The winners of tomorrow’s game will travel to Ryman League Division One South side Carshalton Athletic in the Preliminary Round on 20 August.

The Crows have failed to win one FA Cup tie in the past three years, losing in replay’s to East Preston, Dorking Wanderers and Chessington & Hook United.

“It’s a special thing if you can get a few lucky ties and get a few big boys,” said Muggeridge.

“We’ve got Farnham Town, which is going to be very difficult for us. We’re going to work hard and try to win that game and then we’ll have Carshalton, another tough game.

“It’s all about the (prize) money as well and playing higher teams and maybe getting on the tele, it’s just mad The FA Cup.

“I’ve got players who actually played at Middlesbrough (in the Third Round) for Hastings a few years ago (January 2013), so they know what it’s all about to go through the Cup.”