CORINTHIAN have been drawn at home to Leighton Town in The Buildbase FA Vase Quarter-Finals.

Michael Golding’s side beat Sporting Khalsa 3-0 at Gay Dawn Farm at the weekend to reach the last eight for the first time in their 48-year history. 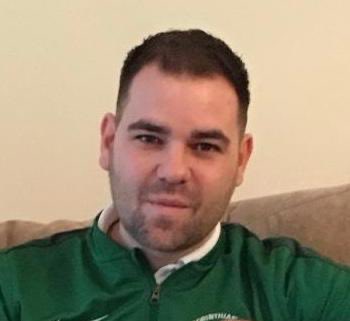 Corinthian manager Michael Golding has led the amateur club to The FA Vase Quarter-Finals for the first time.

Corinthian are in third-place in the Sea Pioneer Southern Counites East Football League Premier Division table with 43 points from their 21 league outings.

Corinthian are five points adrift of leaders Beckenham Town and can close the gap on Jason Huntley’s side when they travel to Welling Town on Wednesday night.

Jointly-managed by Joe Sweeney and Paul Copson, the Bedfordshire based side came away from Bradford Town with a 3-1 win in the last round.

Consett, who beat Deal Town 2-0 at the weekend, travel to Atherstone Town or Worcester City, who play their replay at Bromsgrove on Wednesday night.