Calls for non-league footballers to have heart scans following the tragic death of Charlie Slocombe, 26

TRIBUTES have been made following the tragic death of former Tonbridge Angels and Crowborough Athletic defender Charlie Slocombe at the age of 26.

Slocombe collapsed on Monday evening playing in a six-a-side football match.  He was quickly transferred to Kings College Hospital in London and put on a life support machine but sadly died yesterday afternoon. 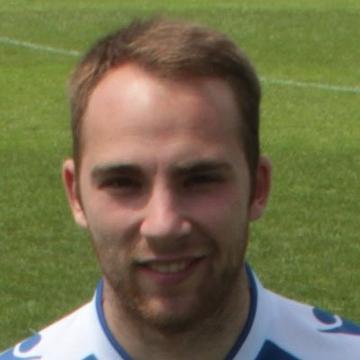 “Taken from us far too young, Charlie was a popular player at the club who was involved in both the reserve and first team sides,” said a statement from Tonbridge Angels Football Club.

“He made a total of 32 appearances for the first team and always showed a willingness to step-up and help his team-mates when required.

“It is known that he had a special affection for Longmead and all connected with the Angels.

“Our thoughts are with Charlie’s family and friends as they try to come to terms with this devastating news.”

“Absolutely shocked and saddened to hear a former team-mate has passed away after collapsing playing five-a-side,” Folkes said on Twitter.

“As I previously said please all non-league ballers get yourself checked out players, don’t need another casualty.

“Once again, thoughts go out to Charlie Slocombe and his family, may his souls rest in peace.

“Get in touch with @CRY_UK and get yourself checked out.  No more casualties are needed.”

A statement from father Keith added: “Thank you for all your kind words. Everyone who met Chaz could see what a lovely chap he was and how proud he made me as a father.

“I’ve no words to say that can sum up what’s happened this last couple of days.  RIP my son and best friend.”