CANTERBURY CITY chairman Tim Clark says their proposed new stadium will be a community hub that will bring health and social benefits.

The club published plans of their proposed new stadium at Highland Court Farm on their website and Mr Clark said: “There has been a lot going on behind the scenes and we are really pleased with how our architects immediately understood their brief and have come up with a fantastic stadium design. 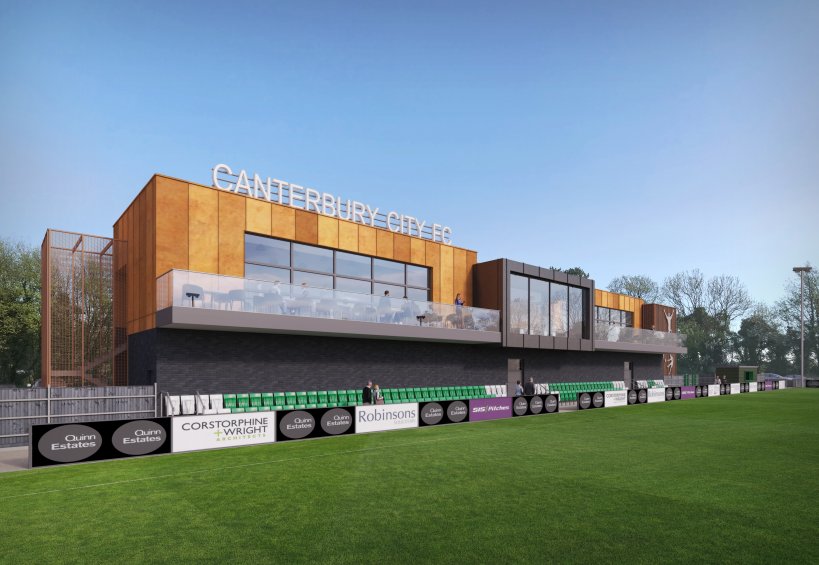 “The overall scheme at Highland Court provides much needed facilities for the District.

“From the football club’s perspective it would enable us to deliver a community football hub, something the City council have wanted for many years.

“That would be a fantastic legacy for future generations across east Kent with all the health and social benefits such a sporting facility would bring.

“This is not just about now, this is a once in a lifetime opportunity to create a sporting super hub along with the rugby club that will deliver sporting excellence for the next 100 years and beyond.  Let’s seize the moment!”

Canterbury City play in the ninth-tier of English football in the Southern Counties East Football League Premier Division. They spent last season playing on the Kent coast in Deal but will be playing their home games closer to home at Salters Lane in Faversham this campaign.