Bromley sign Billy Bingham: I can remember playing for Crystal Palace reserves here about 10 years ago and the place has clearly changed a fair bit!

The 28-year-old joins the Ravens after leaving the League One side earlier this month. 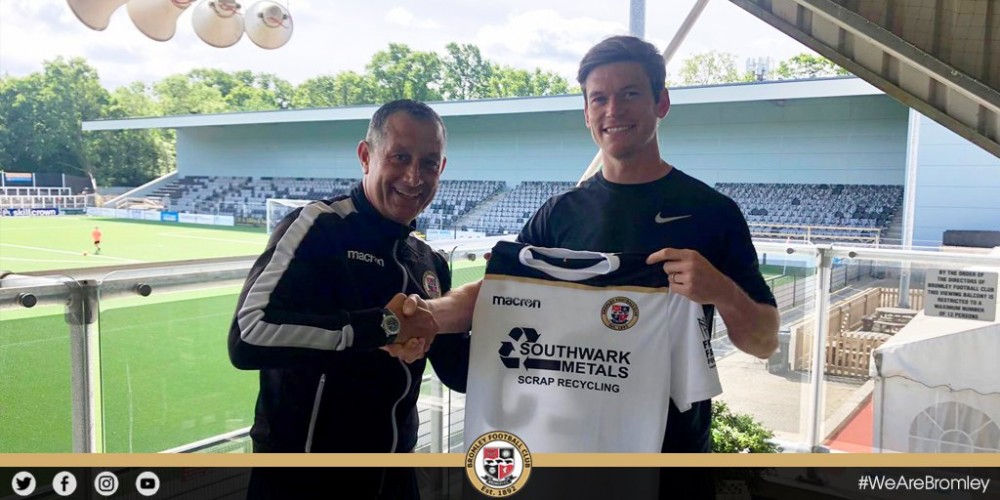 Bingham has also played for Crystal Palace, Dagenham & Redbridge and Crewe Alexander in The Football League and will now be reunited with Frankie Raymond, who he played alongside during his time with the Daggers.

Bingham made 131 League appearances for the Essex side in League One and League Two, scoring eight goals.

Smith is delighted to bring Bingham to Hayes Lane.

“Billy’s a good friend of a couple of the players here and had heard good things about us,” Smith told www.bromleyfc.tv.

“When the opportunity arose to speak to him it was a no brainer. He’s got the guile and the ability too, so it’s a fantastic signing for us.”

Bingham added: “I’ve been speaking to Neil for a couple of weeks now and I’m really pleased to be here.

“It’s a nice set-up here and the manager is great. I can remember playing for Crystal Palace reserves here about 10 years ago and the place has clearly changed a fair bit!”

The Ravens finished their fourth Vanarama National League campaign in 12th place last season but they moved up a place last Friday due to the National League suspending Gateshead, fining the Heed £3,500 and deducting the Tynesiders nine points.

Gateshead were charged with multiple breaches of the League’s membership rules and was subject to a review of its financial position and an assessment of its club licences.

Gateshead were found guilty of failing to obtain security of tenure of its ground, defaulting on football creditors and breaching League rules concerning financial reporting and permitted loans.

Gateshead have been suspended from the competition and the League has refused the club a licence for the 2019-20 season, meaning Bromley climbed up a place in the league table.