Legend Sam Wood returns to Bromley: It's great to be back!

BROMLEY manager Neil Smith has pulled off a coup by re-signing left-back Sam Wood after his contract was terminated by their Vanarama National League rivals Eastleigh.

Sidcup resident Wood, 32, will be fondly remembered by many a Ravens supporter, for his spell with the club between 2005-2008, where he amassed over 150 appearances, scoring 21 times. 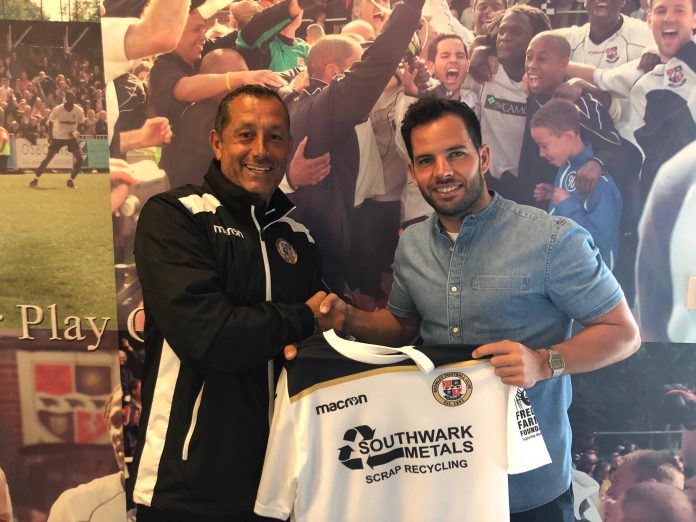 After starting out his footballing career in the youth ranks of Hayes Lane tenants Cray Wanderers, where he progressed through to the first team in 2002.

After three years, he moved on to Bromley, where he enjoyed success in the form of the 2006-07 Ryman Premier League Play-Off winning side, who gained promotion to the Conference South thanks to a 4-2 penalty victory over Billericay Town, cementing his name in Bromley folklore.

Following his successful spell with the Ravens, Wood was picked up by then League Two side Brentford and went on to win the League with the Bees in his first season, sealing promotion to League One.

After three seasons in League One with the West London outfit, he was loaned to League Two outfit Rotherham United, where he made 27 appearances, scoring once.

After his loan at the Millers came to an end, and he left Brentford, Wood signed for Wycombe Wanderers in July 2012, where he would spend five seasons. During his time with the Buckinghamshire outfit, he made 213 appearances, scoring 16 goals.

At the end of the 2016-17 season, Wood left Wycombe, and signed for National League outfit Eastleigh. After spending just over one season with the Hampshire based side, in which he featured three times against Bromley, the last of which being a substitute appearance against the Ravens a week or so ago, Wood made the return home, to Hayes Lane.

Wood told www.bromleyfc.tv: “It’s great to be back! I’m looking forward to the season and getting back out onto the Hayes Lane pitch, hopefully some of the fans remember me!

Smith was delighted to secure the services of someone well known to the club, who he had kept tabs on for a while.

“It was a no brainier to get him on board after leaving Eastleigh. It’s great to get him in for that bit of experience he brings and we are delighted have got it across the line.”

Bromley travel to league leaders Wrexham tomorrow (15:00), sitting in sixteenth-place in the table with five points from as many games.