Bromley boss Neil Smith seals Joe Kizzi signing: There were other club’s interested in him but he’s seen where this club wants to go with the support of an ambitious board of directors

Kizzi, 25, was named in the National League South team of the year and made 40 appearances and scored five goals for the Essex side last season and is a replacement for Roger Johnson, 36. 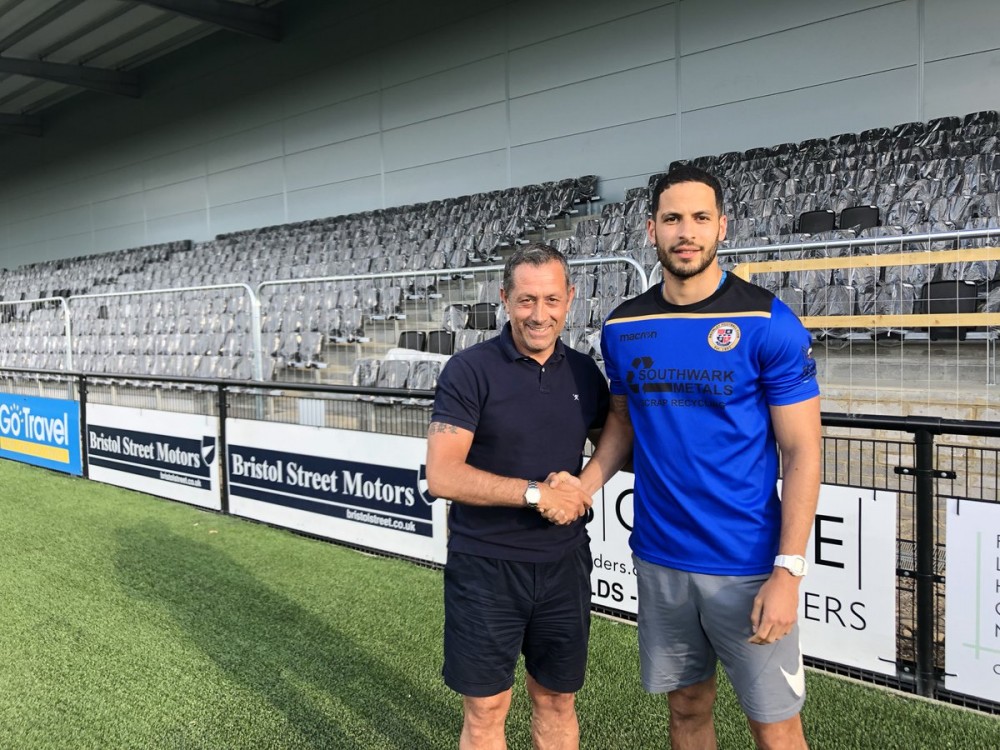 Johnson joined the Hayes Lane club in October 2017 and went on to make 64 League appearances for the Ravens, scoring three goals but was released five days ago.

“It’s been a long few weeks trying to get everything over the line but I’m buzzing to be a part of things here and I’m really looking forward to next season,” Kizzi told www.bromleyfc.tv.

“I’ve played with (former Bromley midfielder) Danny Waldren for a while now and I absolutely love the guy. He had nothing but good things to stay about the club, the people there and of course the fans.”

With Kizzi standing at six foot two and equally comfortable at right-back or centre-back, Smith was delighted to get his man.

“I’m delighted to get Joe on board so early on. There were other club’s interested in him but he’s seen where this club wants to go with the support of an ambitious board of directors.

“We have signed someone who was in the team of the year in the National League South last year and is hungry to embrace his first experience of full-time football.”

Kizzi scooped the Isthmian Premier Division team of the year award whilst playing for Wingate & Finchley during the 2017-18 season.

The Ravens will be looking to improve on their 12th place finish next term.