Bromley captain Jack Holland signs new contract: I wanted to stay, this is a club that is close to my heart

BROMLEY have announced that club captain and England C international Jack Holland has signed a new deal to stay at Hayes Lane.

Holland, 25, a fans favourite, started his footballing career with Bromley’s youth section before being scouted by Crystal Palace, where he went on to spend four years with the Eagles.

However, Holland, who lives in West Wickham, returned to Bromley permanently in 2013 and since then has gone on to make over 200 appearances for his home-town club. 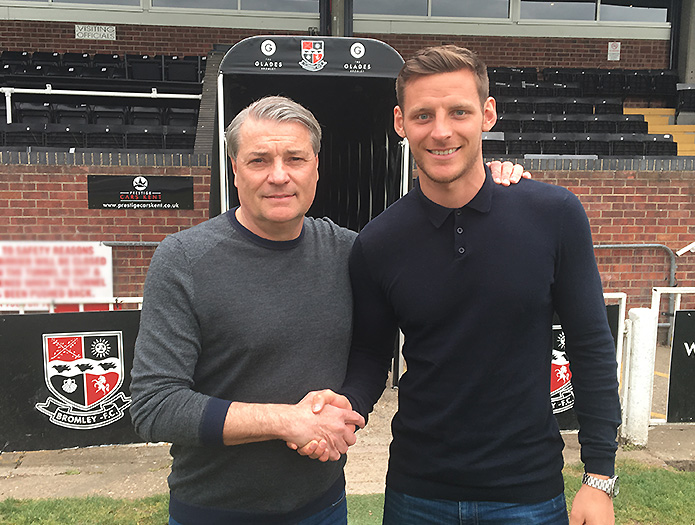 Manager Neil Smith told www.bromleyfc.tv: “It’s great news for the club. Jack has come in as captain this year under difficult circumstances and has led from the front and has been a fantastic ambassador for the club.

“To have come through the youth section and now captain and lead the first team in the Vanarama National League is a fantastic achievement and shows what is possible.”

Holland, who has won the supporters’ player-of-the-season for two years running, is red hot favourite to win it again this season, revealed that staying at his home-town club was a no brainer.

“I wanted to stay, this is a club that is close to my heart. Before we had even sat down to talk I knew I would sign again. It’s great to finally announce it,” said Holland.

“The fans have been incredible throughout my time at the club. I hope I’ve shown week in week out that I give 100%.

“Seeing the fans travel up and down the country following the club always amazes me. There are still big things to come for our football club and I’m delighted to be playing my part.”

Bromley complete their second campaign in the top-flight of non-league football with a home game against relegation threatened Guiseley at Hayes Lane tomorrow (15:00) before travelling to eighth-placed Gateshead on 29 April (12:15).

Smith has guided his home-town club to tenth-place in the Vanarama National League table with 58 points, where one win from their last two league games will smash a club record points total and finish in the division, having finished in fourteenth-place with 60 points last season.

Bromley also announced today that significant investment at Hayes Lane ahead of celebrating their 125-year anniversary – announcing plans for a new stand at the iconic benches end of the stadium. 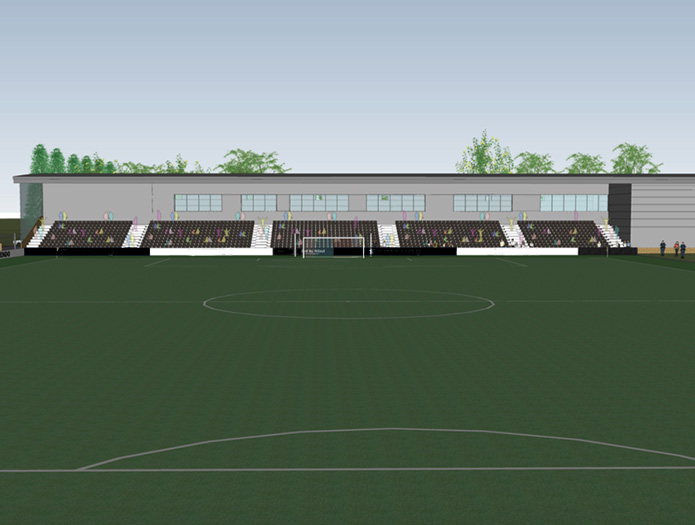 STAND AND DELIVER: Bromley will be playing on a new state-of-the-art 3G pitch next season, whilst announcing plans to build a new 1,450 seater stand at the iconic benches end at Hayes Lane in 2018.

“We are delighted to announce that Bromley FC is investing the redevelopment of its South Stand and the installation of a new state-of-the-art 3G stadium pitch at Hayes Lane,” said the club statement.

The new South Stand has been designed with the potential of up to 1,450 additional seats and will also be home to a large indoor community hub, which by working in partnership with other local community groups and enterprises will help increase the usability of the football club for the benefit of the entire borough of Bromley and beyond.

With planning permission already achieved, the club will be looking to begin construction ahead of 2018.

The installation of the most advanced, state-of-the-art, FIFA Quality Pro 3G pitch inside the stadium at Hayes Lane will commence next Monday, 24th April.

The club said: “The pitch, funded by the board of directors, will again enhance the facilities already on offer to our local community and will also provide a valuable source of income as the club continues to invest in the infrastructure, resources, players and staff required in order to assist the first team play at the highest level possible.

“The move to a 3G stadium pitch also allows us to bring our expanding Academy back home to Hayes Lane earlier than expected. Alongside our new partnership with Ravensbourne School, the Academy will welcome over 100 scholars to Hayes Lane in August with the football programme being delivered on site and the educational programme being delivered at our neighbours and proud supporters, Ravensbourne School.

“The club remains focused on the objectives it set out just over a year ago, summarised below;

Chairman Jerry Dolke added: “We are really pleased with the progress made on and off the pitch this season. We are proud of the achievements of The Academy which has gone from strength to strength. Furthermore, in what has been very much a transitional year for the club, we find ourselves in a comfortable position in the league and can potentially improve on our season last year.

“We’ve seen what we’re up against at this level of football, competing well against clubs paying transfer fees, agents fee and high players’ budgets. We need to continue to focus on our objectives of developing home grown Academy talent but also developing a financially sustainable business off the pitch that can support and invest in the playing squad that allows us to compete at the highest level and push on.

“We’ve listened to supporters and will shortly be announcing reduced ‘Early Bird’ season ticket prices for next season and we hope this can help us break our record number of season tickets holders ahead of another exciting Vanarama National League campaign.

“We know we still have a long way to go to fulfil our objectives and that there are many areas we can improve on but I’m delighted with the progress we are making.” 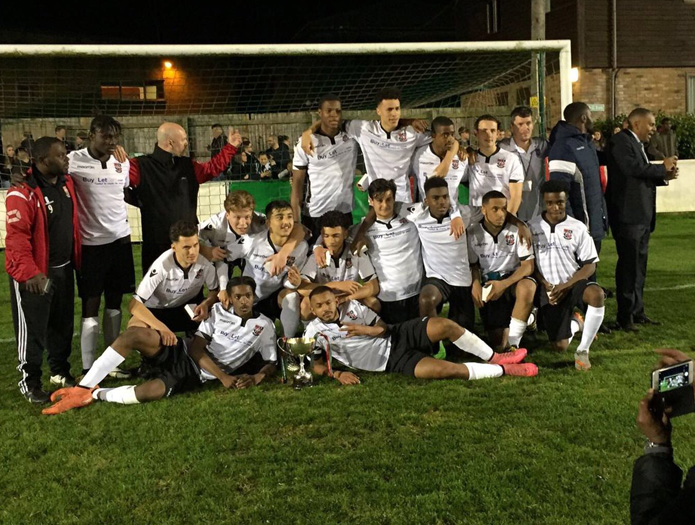 The young Ravens (pictured above) won the game courtesy of goals from Jordan Gadd and a late winner from Andy Somo, after Blair opened the scoring through Ross Borg after 16 minutes.