With a heavy heart the time has come for me to leave Bromley FC, says Millwall bound goalkeeper coach Glyn Shimell

BROMLEY goalkeeper coach Glyn Shimell has left the club to take up a role in Millwall’s Academy set-up.

Shimell joined Bromley over six years ago and has gone on to take up a huge role within the clubs academy set-up as well as being an integral part of the first team coaching. 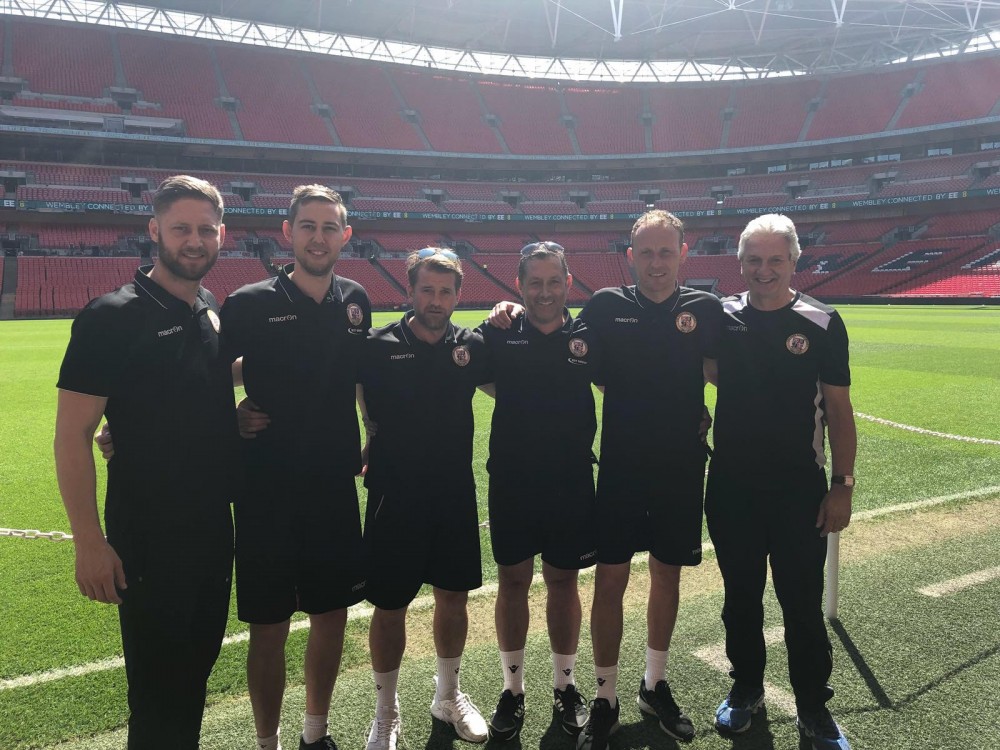 Shimel has been part of the youth set-up years prior to his move into the first team and also had a playing career in goal spanning 25 years but has left Hayes Lane to join their Sky Bet Championship neighbours.

“With a heavy heart I have just given my last training session and the time has come for me to leave Bromley FC,” Shimel told www.bromleyfc.tv.

“My last game will be tomorrow and I’m honoured that it will be the Glyn Beverly Memorial Cup, a man I had the pleasure of sharing many a bad joke with on the away trips.

“Firstly, I’d like to thank (chairman) Jerry Dolke and the board for giving me the opportunity to coach six years ago.

“It was the start of a journey which has seen us promoted as champions to the National League, FA Trophy appearance at Wembley and the clubs highest ever League finish.

“A journey that I have been on every step of the way with Neil Smith and Mark Hammond and more recently Alan Dunne, who I can’t thank enough for their continued support and advice which has helped me develop as a coach.

“It’s been a privilege to work with them and represent the football club with the first team, relaunch the Academy and go on to launch the Youth Academy.

“Thanks to all the great people I’ve met over the years.  Sean Wickenden and Ben May for their excellent work with the squad.

“Danny Mills, Sue Whittaker, Tom Beaumont for their tireless work with the Academy. Paul Clarke, Derek King, Adam Royall, Simon Hammond and Alton Francis for their incredible work they have done over the years building the youth set-up which I was a part of for nine years.

“The players, backroom staff, and more importantly the goalkeepers that I have worked so closely with from Joe Welch, Seb Brown, Alan Julian, Chris Kettings, Ross Flitney, Max Huxter and lastly David Gregory.

“I have truly been blessed to work with such great lads.  Now for the next chapter working at Millwall FC.”

Bromley manager Neil Smith has now lost Louis Dennis (Portsmouth), Josh Rees (Gillingham), Brandon Hanlan (who was on loan from Charlton Athletic and has since signed for Gillingham), Ben Chorley (who has taken a scouting job at Swindon Town) and now his goalkeeping coach to English Football League clubs since the end of last season.

Bromley welcome their old Isthmian League rivals Dulwich Hamlet to Hayes Lane tomorrow to contest the Glyn Beverly Memorial Cup, in honour of the great man whom served both clubs before passing away earlier during last season.

Gavin Rose’s side are preparing for life in the Vanarama National League South for the first time.  Kick-off at Hayes Lane is at 15:00.