Bromley sign striker Korrey Henry: I’m happy to sign for a club who give young players a chance

The striker attended Forest Hill School and Smith has beat off competition from fellow Vanarama National League sides, as well as interest from the Football League. 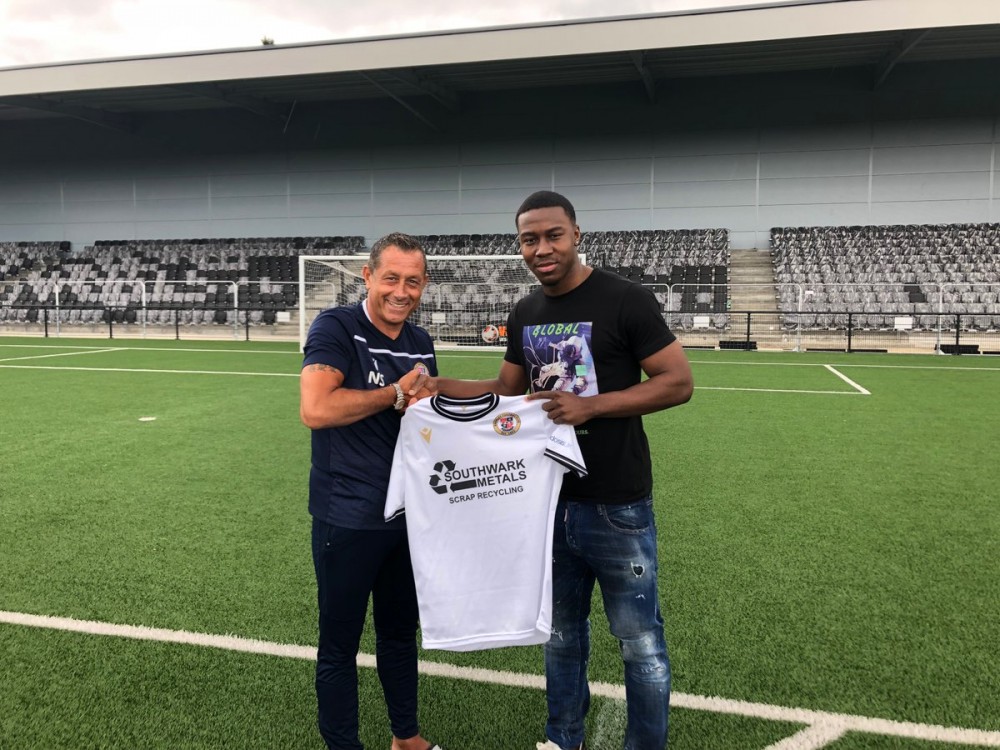 Henry started off in the youth set-up at West Ham United, from where he moved on to then League Two side Yeovil Town.  He made five appearances for the Glovers, also enjoying a loan spell at Poole Town in September 2018 and scored four goals in three appearances for the Southern League Premier Division side.

After leaving Yeovil Town, Henry was snapped up by Braintree Town in February 2019 and he went on to score five goals in 15 appearances in the National League, scoring against Sutton United, Maidstone United, Solihull Moors, AFC Fylde and Wrexham.

“I’m happy to sign for a club who give young players a chance,” Henry told www.bromleyfc.tv.

“I’m only 15 minutes down the road so I’ll be getting in on time, no excuses!

“Bromley are a good footballing side and I’m elated to have the chance to be a part of that.”

The Hayes Lane faithful take well to locally based players and Smith is delighted to capture Henry’s signature.

“I’m delighted to have Korrey on board. He finished last season scoring five goals in The National League for Braintree, so he knows this division and is starting to make a name for himself.

“I believe with the players’ we have here, he will be in an environment where he can learn and develop quickly.”

Bromley have lost the services of Jonathan Hooper, 25, who has left League Two side Grimsby Town to sign for National League Wrexham after scoring 19 goals for the Ravens during his successful loan spell last season.