BROMLEY chairman Jerry Dolke, Sutton United manager Paul Doswell and Maidstone United co-owner Oliver Ash, the founder of 3G4US, have today issued a joint statement calling on the English football authorities to show leadership and act now to reform rules on 3G pitches and to allow its use in the English Football League (EFL).

“At present 3G pitches are only allowed up to National League level, the equivalent of the fifth division of English football,” said the joint-statement, which was published on www.3g4us.co.uk. 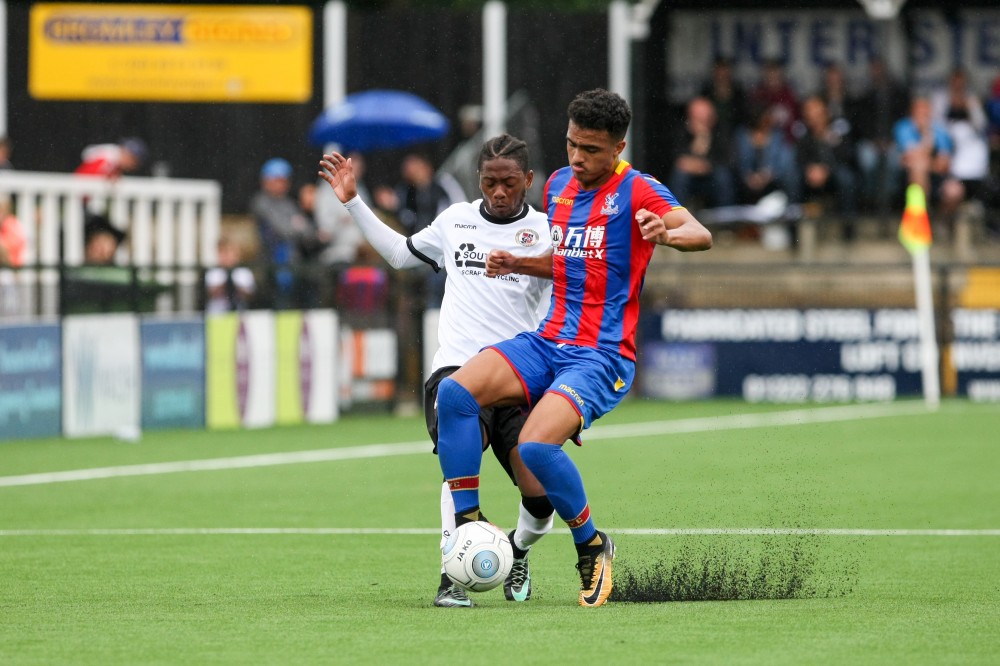 “The National League have only recently, reluctantly allowed 3G pitches to be used in its League.

“This follows years of campaigning by 3G4US, a football club-led lobby group, and Maidstone United, who were among the pioneer clubs to use a 3G stadium pitch.

“It also follows pressure from the FA, who are strong advocates of the benefits of 3G pitches, particularly for grassroots football.

“The National League have also insisted that 3G pitches should be FIFA Quality Pro standard, the same level as for international football.

“This is a far higher quality of playing surface than many natural mud-grass pitches in the National League and EFL.

“Furthermore, while allowing 3G pitches to be used, the National League invented a new rule, which imposes a DOUBLE relegation on any club, playing on 3G, who finds itself in a promotion position at the end of the season and which refuses to replace its 3G pitch with a natural mud-grass pitch. This means that that a National League club playing on 3G must agree to destroy its successful 3G-based community and revenue business model in order to play what could turn out to be one single season in EFL.

“Meanwhile the EFL have so far refused to allow 3G pitches in their league despite clubs in League One and League Two voting in favour of allowing 3G at a meeting in 2014. After a further vote in 2015, the EFL decided not to allow 3G pitches.

“Although the FA remain strongly in favour of promoting grassroots football on 3G pitches (they offer financial and technical support to clubs wishing to install 3G pitches through the Football Foundation, which is also supported by the Premier League) they seem to have reduced the pressure on EFL to change its rules since the departure of Greg Dyke as chairman in 2016.

“Closer to home in Scotland several clubs use 3G stadium pitches. These include Kilmarnock and Hamilton. Clubs of the stature of Celtic and Rangers regularly play on 3G.

“Now that 3G is accepted in the FA Cup, clubs up to Premier League level may be required to play on it. Last season Leeds and Arsenal played on Sutton United’s 3G pitch in the FA Cup.

“For what it’s worth other physical sports such as rugby have fully accepted 3G pitches at the highest professional levels and with a minimum of fuss. Saracens and Cardiff are amongst the leading pro clubs to use 3G pitches.

“At all levels of football 3G pitches are conducive to good technical football with their consistent roll and bounce. They also allow strong, physical contests to take place.

“3G pitches are very rarely affected by bad weather and so revenue streams and supporters interests are looked after.

“3G allows up to about 50 hours of use per week so clubs can keep their stadia open seven days a week, raise revenues through pitch hire and become fully immersed in their local communities

“3G pitches allow clubs to become financially sustainable and not have to rely on owners injecting significant capital every season just to keep clubs alive. This is particularly relevant to EFL where clubs in Leagues One and Two could benefit financially from adopting the 3G business model.

“As far as safety is concerned, studies of 3G pitches have consistently shown there to be no significant difference in the likelihood of various types of sporting injuries between 3G pitches and good natural mud-grass pitches. The FA, UEFA, and FIFA all support 3G pictures as safe to play on. This explains why they are allowed in top-level international competitions featuring the world’s best and most expensive players.

“All this leaves English football out on its own in 2017.

“Currently it fails to embrace and encourage 3G pitches in professional football and restricts their use to Division 5 and below with draconian penalties for any club daring to be good enough for promotion.

“Recently a Division 7 club (Bostik South), Worthing, were refused permission to play on their pitch because of minor undulations, which according to their chairman were not at all dangerous. Most natural surfaces have far worse undulations, ruts, bare areas and muddy patches.

“At the time of writing Sutton United and Bromley are early leaders of the National League. If they were both still in a promotion position come May 2018 this could well cause a serious conflict within professional football. Neither club will wish to destroy their successful business model by installing a natural mud-grass pitch at significant cost, only a year or two after installing a 3G pitch at significant cost and with the real possibility of this pitch replacement only being necessary for one year, in the event of relegation back to the National League.

“A similar situation occurred in Scotland several years ago with Hamilton Academical FC in the SPFL, causing great damage to the club.

“It is moreover quite possible that the current EFL restriction and the National League rules would not stand up to challenge either at FA Tribunal or in a Court of Law. Everything possible should surely be done now by the English Football authorities to pre-empt this situation from ever arising.

“We therefore call on The FA, EFL and National League to show leadership by urgently convening a special conference on 3G pitches. This conference should discuss and agree appropriate structures, rules and pathways to enable 3G pitches to be used as from next season in the EFL up to League One level, consistent with many other European countries.

“It should also review quality standards at all levels of pro and semi-pro football in England in order to render these realistic, sensible and consistent with the quality controls of natural mud-grass pitches.

“We believe this progressive approach is the right way to bring English football in line with much of Europe. In so doing it will offer opportunities to more of our professional clubs up to League One level to install 3G pitches and benefit from the development of self-sufficient and sustainable club businesses and also to become even more integral parts of their local communities.”